A Teen's Perspective on Marijuana Use in Vermont

When you are young, you believe you are invincible. It is scientifically proven that teens are more defiant and reckless than adults. Unfortunately, that means that teenagers are less likely to listen to any facts that contradict their own beliefs, especially when it comes to substance use. In my position at the United Way of Addison County, as a youth substance prevention specialist, I have been trained immensely on the negative effects of youth substance use. Thanks to the training that I have received through my role at United Way, I know quite a lot about the subject. While my work looks impressive to adults and on college applications, it doesn’t earn me many brownie points with my peers.

When recreational marijuana in Vermont was legalized in 2018, adults around the state became more public with their usage, and marijuana use became increasingly normalized. Fairly quickly, teens started to recognize the rising marijuana industry, and the percentage of high school students that had ever smoked weed significantly increased following legalization. Most students don’t stop to think about the negative ramifications of marijuana use before using and seemingly ignore those who warn youth about early substance use. With 27% of high school students in the state having ever used marijuana in the past 30 days (according to the 2019 Youth Risk Behavior Survey), it is hard to find someone my age who doesn’t use and/or support teen use. It doesn’t help that the towns we are growing up in are physically changing to support the cannabis industry, which is likely contributing to the decreased perception of harm and increased perception of access that we are seeing in the 2019 YRBS. Many local dairy farmers turned to hemp and/or cannabis to help save their farms. Just driving down the road, youth can be easily exposed to the growing industry. Fields that used to be filled with corn now consist of rows upon rows of hemp plants.

With such a strong perceived following, it is hard to combat youth substance use in schools. My perspective on youth substance use, despite being supported by years of data, isn’t popular among my peers. My beliefs are often rejected or viewed as rigid or lame. I have been invited to fewer parties, I pass my classmates in the hall that normally smile and wave, who now keep their heads down in fear of me turning them in. While this feels disheartening, I’ve learned to keep my head up. Despite the reactions from my peers, it has been important for me to keep my integrity and to stand by my morals. I have been able to maintain my substance-free lifestyle by planning ahead and knowing how I was going to handle situations that involved my peers and drug use.

I continue to be inspired in my role at United Way to be a positive influence for my peers, and modeling that substance use isn’t something that youth have to do. I seek positive, healthy ways to support my peers. The most effective way that the prevention team at UWAC have found to help combat youth substance use is by focusing on the activities that they already know and love to do that are healthy. Activities such as dancing, singing, baking, and sports. We created a campaign that we are calling “What You Do Matters” to highlight the many amazing things that youth already do that increase protective factors. We know that when students participate in extracurricular activities they are less likely to engage in risky behaviors that may result in negative outcomes (such as substance use). I know that the choices I make every day impact my future and the community that I live in. For a long time I have known what I want to do with my life, and although I’m still working at getting there, I know that the choices I am making are leading me toward a happier, healthier, and more successful life. 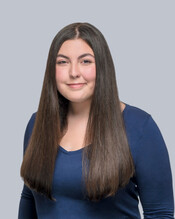