Katie and Elise told us that the lack of affordable housing in Addison County has been developing for decades. According to Elise, the county has been under-building and under-investing in housing, and now the supply can’t meet the demand. And Katie concurs: 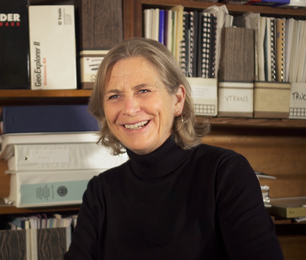 “There’s not enough housing available in certain price ranges; there is a huge group of people who work and want to live in this area that makes the median income, but can’t afford a house. And for low-income families and individuals, it’s really difficult; there’s no housing for people who don’t make enough money to afford a mortgage or rent for a modest home—those places don’t exist.”
- Katie Raycroft-Meyer, ACRPC

The pandemic exposed the housing shortage crisis in the county to an unprecedented magnitude; from middle-class families who want to work in Addison but can’t afford to live here to unsheltered Vermonters who have been living in hotels for the last 18 months. The pandemic uncovered a very pressing need to create new homes and provide the services that people need to be successful in those homes—like mental health services, behavioral supports, financial support, and more.

Elise explained that Addison County received significant ARPA (American Rescue Plan Act) funds from the federal government, which ACCT is using to primarily focus on reducing homelessness. They are developing apartments throughout the county, including their latest project: 20 new apartments in Bristol. They broke ground in the fall of 2022 and open the new affordable, energy-efficient apartments in 2023. The apartments will serve a range of families and individuals from those experiencing homelessness to those earning up to 120% of the area’s median income, addressing the workforce housing shortage challenge in the county.

Additional ARPA funding will go towards improving the 340 mobile home sites located in nine parks around the county that are all in need of reinvestment in order for them to provide safe, affordable housing. Many of those parks have not had significant updates since they were built in the 1960’s; after 60 years these parks will finally see investment in their infrastructure and sustainability.

“We really need an ‘all of the above’ strategy that includes zoning reform that can promote things like tiny homes, which are missing from our market right now. Not everyone is going to 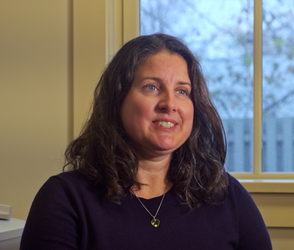 thrive in an apartment building with 30 neighbors, some people need a small space to call their own. A lot of the work will need to be done by towns, so it will really be a community effort to see changes like zoning that reflect the way people are living now. I hope we see a greater mix of housing in our downtowns like a single-family home next to a duplex or four-plex, around the corner from a multi-family building for single adults. I think we need to throw everything including the kitchen sink at the problem.”
- Elise Shanbacker, ACCT